The foundation, her CEO and volunteers from “Duik de Noordzee schoon” have committed themselves for a cleaner North Sea and the preservation of biodiversity and cultural heritage and the recovery of reefs in the North Sea.
Reefs in the North Sea are rare, but very important for the biodiversity and the marine life, such as sea bass and cod.
Reefs can consist of shells or stones but usually these are formed by (ship) wrecks that are also part of our cultural-heritage underwater and therefore part of a great importance and significance.
Since the original natural reefs are as good as gone nowadays, the reef function has been taken over by wrecks which have formed artificial reefs over the years.
But also these artificial reefs are under serious threat by scrap salvagers who salvage the metals to sell as scrap and by fishermen who lose their fishing nets, lines and sinkers.
Due to these nets and fishing lines, animals get entangled in this debris and they face a slow death.
As a foundation we put a lot of effort in this matters to stop these activities by cleaning the wrecks that are still left which form such an important habitat for all marine life.
By putting these wrecks on a map, we try to show and make the public and government aware, of the great importance of those reefs in the North Sea. All to achieve a solid protection policy which could be enforced by law and legislation.
We like to work together with partners who aspire to protect these wrecks and try to visualize the North Sea, but in particular to protect and restore these pristine reefs.

Conservation successes our foundation has delivered

Extracted and retrieved from the North Sea:

In a period of only 10 years we achieved to clean 145 different wrecks in the Dutch continental shelf.
We retrieved more than 32.000 kilograms of lost gill nets, more than 12.000 kilograms of fishing lead was brought to the surface for recycling and more than 40.000 kilometer of fishing lines were removed. All nylon, plastics. lead and other materials recovered from the seabed are recycled by official and registered recycling companies.

We released from the ghost nets and fishing lines:

Over 5000 crabs, more than 400 lobsters and dozens of different species of fish.

Research and monitoring of the biological value on wrecks:

We have discovered and monitored in the past 10 years that around 293 different animal species live on these wrecks.
This means simply stated, 80 times more biomass on wrecks than on a sandy bottom.

Attention for the North Sea made visible by means of pictures and video:

Over 44.000 underwater photos were taken, 3300 minutes of underwater video footage was shot by our team.
We had over 60.000 viewers who viewed our films on our YouTube channel, 11.000 mentions, likes and comments on the internet.
There are more than 200 articles published in newspapers and magazines such as National Geographic, NRC and other scientific journals.

The documentary tells the story of one of the greatest shipping disasters in the Worlds history that took place just off the Dutch coast.
On the 22th of September 1914 three British Cressy Class Destroyers, HMS Aboukir, HMS Hogue and HMS Cressy are patrolling waters between England and the Netherlands.
On board 2,300 crewmembers. They were taken completely by surprise in those days by a new, rather unknown and destructive weapon: the German U-boat. It took only six torpedoes and one and a half hour to kill 1459 men and teenage boys. The UK release of the documentary was on 21st of September 2014 in Chatham, attended by 1000 relatives of the crewmembers. The Dutch release was on 24th of September 2014 in The Hague, attended by over 300 persons (mostly friends and family).

Together with the World Wildlife Found (WWF) and Stichting de Noordzee (North Sea Foundation) we have put the protection of the North Sea on the agenda of politicians and government. To achieve this all, we are using underwater footage and film which are made during the Expeditions to inform and motivate the Dutch Minister to protect the Natura2000 areas and (ship) wrecks. We have also jointly raised National attention to the North Sea for the Dutch audience through newspapers, social media and our website, magazines, like National Geographic, National radio and documentaries on National television. 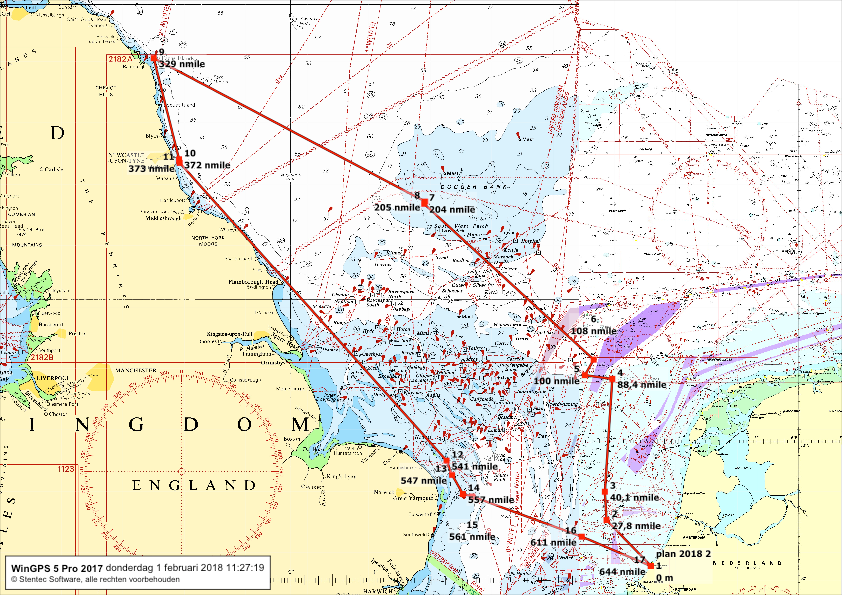 Wreck diving was in the past something for collectors of artefacts from long lost wrecks. Due to our mission we attract Marine biologists and divers who want to put their effort in to clean the wrecks carefully and to protect them, by removing old lines and lost fishing gear. All with the goal and perspective to create a better and cleaner environment. In short, wreck diving is becoming more and more popular under sport divers. Wrecks that are polluted and covered with nets create also a possible dangerous environment for these divers. So therefore, wrecks that are cleaned and old nets removed are contributing to more knowledge and promotion, by taking underwater footage by film, photos and or video.

An expedition consists mostly of around 32 volunteers/divers including 4 non-divers. These 4 positions are for policymakers, interns and NGO`s who like to see how we operate at sea during our expeditions. This has been a great success to have them onboard. During the past expeditions we had several stakeholders, Policymakers and NGO`s on board who`s influence is very important to show them the importance of protection. Due to the involvement of Stichting de Noordzee and WWF we can interact with all the stakeholders during and after the expeditions.

We pay special attention to communities and municipalities along the coastline. We cooperate with them in these areas to help us to collect our retrieved “garbage” and fishing nets for disposal and proper recycling. We had 2 large exhibitions set up in very renowned Dutch Musea in which we showed our work at sea. We produced two books together and educational material for schools and also to create a wider awareness. This is not within the scope of this project, but in the goals and objectives plan of the Foundation for 2016. We will use Photos, stories and video`s from this expedition in the new release.

We are committed to restore and re-establish the original biodiversity. In the last 150 years we’ve lost about 60% of the species in the North Sea and with our research and our contribution to project to restore biotopes like the oyster reefs, we actively contribute to the restoration of the biodiversity of the North Sea
The experience from the past years learns us that from every expedition after a period of time an scientific paper is published in a reputable journal.

Clean-up and carefully remove gear by hand, i.e.: ghost nets (gill nets), lines and fishing lead (sinkers) during our visits to the shipwrecks.
This is done with divers who work as buddy teams on a voluntary basis to retrieve the lost gear and clean up these habitats.
Their main goal is to leave behind a safe (artificial) reef for the marine life and their invertebrates.
We will only remove gill nets not older than a few years.

In England and the Netherlands by working together with biologists, researchers, photographers, videographers and other experts who are all experts and know the ins and outs of the importance of the biodiversity and the cultural heritage underwater.
Together we collect data for scientific research on the ecological, cultural and historical values.

This is done by publishing photographs, movies and articles in the Netherlands and England.
The general public and target audience are all aware of the need for protection of the (ship) wrecks and or existing natural reefs.